Snow began his career as a sports photographer in college, capturing his friends who surfed professionally. Since then, Snow has worked with many brands and athletes in different sports.

“One of the things I love most about sports photography is the beauty of the moments that happen so fast, but when stopped with a fixed frame, the athleticism is really appreciated,” he said. -he declares. PetaPixel.

The same goes for his shoot with X Games gold medalist Adams, which features top athletes competing in extreme sports. After seeing a photo of fireflies a few years ago, Snow knew he wanted to create something that combined sport and fireflies, so his photo project with Red Bull was born.

“The Red Bull team helped facilitate it by defining a concept, an athlete and a location,” explains Snow. “A lot of people behind the scenes made this one happen. It was not the first time I photographed for Red Bull, they have been clients since 2010 and I am an ambassador for Red Bull Photography.

Adams was equally thrilled to be part of the project.

“There’s a bit of mystery in Flatland BMX, and the same goes for fireflies,” he says. “You don’t need to know the science behind either to know you’re looking at something special.”

Working with the natural world has its considerations – Snow and the Red Bull team had to identify places where they could capture the fireflies without disturbing them. At the same time, just finding a good filming location full of fireflies didn’t guarantee they’d be there later during the night of filming. 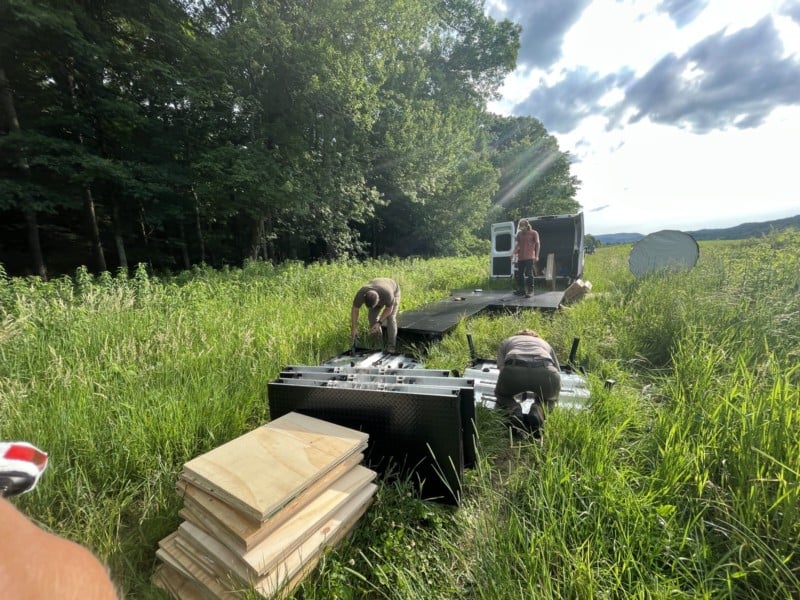 Environmental changes, such as temperature, rain, and light, including moonlight, can all affect fireflies. At one point, well into the night, only a few fireflies were visible, which added to Snow’s anxiety. Fortunately, cloud cover appeared, darkening the moon, which encouraged the fireflies to shine.

“Terry was a real professional, we had a limited time window to film his action and couldn’t move the cameras once our angles were set,” says Snow. “He nailed his action and pulled off one of the toughest tricks in Flatland BMX while filming.”